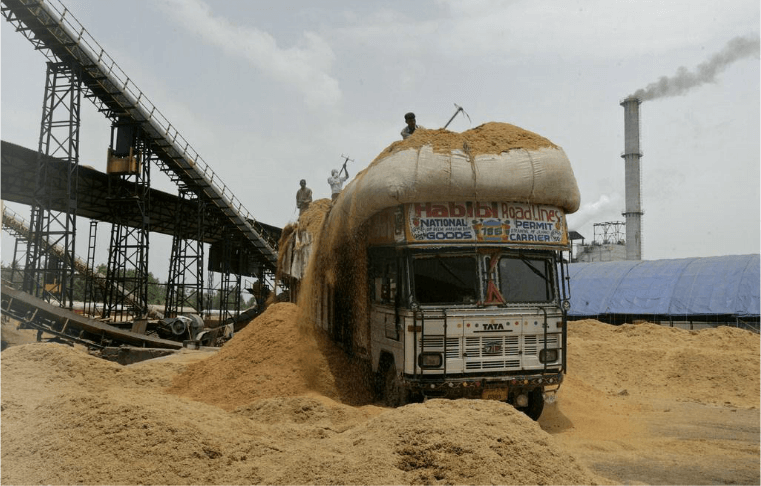 Rice millers are making thousands of crores, thanks to an official policy which allows them toÂ sell the by-products from paddy procured for the PDS and keep the money for themselves New Delhi: Taking advantage of the skewed pricing policy of successive governments both atÂ the Centre and at the state level, rice mill owners across India have been literally millingÂ thousands of crores of rupees for themselves through the sale of paddy by-products left over

milling arc bran, husk, broken rice and nooks which enjoy a lucrative market – giving millersÂ high returns on something which they do not have to spend a single rupee to buy. They get themÂ for free .An audit report by the Comptroller and Auditor General, to which Cobrapost and The
Wire are privy, has put the magnitude of the financial loss to the public exchequer at more thanÂ Rs 10,000 crore a year. As this windfall for millers – many of whom are politicians or haveÂ political connections – has been continuing for more than a decade, the cumulative losses could
be more than Rs. 1 lakh crore. That puts the Great Indian Rice Milling Scam within sniffingÂ distance of the more high-profile and visible 2G and coal scams.Â Processed rice at a factory in Chennai. Credit: ADM Institute for the Prevention of PostharvestÂ LossThe CAG’s report will be tabled in theÂ winter session of Parliament Both CentralÂ and state procurement agencies supplyÂ paddy to rice mills after buying the sameÂ from farmers at standard prices* When aÂ government agency gives 100 kg of paddyÂ to a rice miller, the latter returns 68 kg ofÂ parboiled rice Cor 67 kg of raw rice) and isÂ paid Rs 87 for his effort. However, he getsÂ to retain the 32-33 kg of by-products,Â selling them in the open market for whatever price they fetch* According to the Odisha-basedÂ Central Rice Research InstiUite, rice millers on average derive 22 kg of rice husk, 8 kg of riceÂ bran and 2 kg of broken rice frum 100 kg of paddy. And over the years the market fur these by pruducts has became even more lucrative than for rice